Cece McStuffins is a toy version of a human baby. Cece was given to Doc by her parents as they announced to Doc and Donny that they are planning on adopting a baby.

Chilly chooses the name "Cutie Cute", and Doc shortens the name to "CeCe" for short as Hallie brings out a toy baby birth certificate as Doc signs it as the baby's official name as Hallie also gets Cece's baby footprints. Cece works as a real baby as she loves playing with Squeakers as if he is a baby toy, and Cece can be fed, burped, cry and pee herself like a real baby as Cece comes with her own crib, pacifier, and a set of little pink diapers.

It is revealed in "Cece's First Bath" that Doc's baby sister Maya has taken a liking to Cece, who has become the baby's favorite toy. 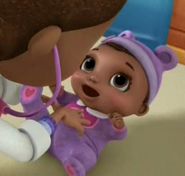 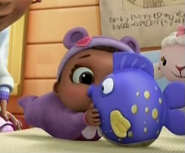 Cece's baby feet on her certificate 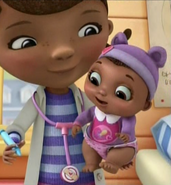 Cece without her pants 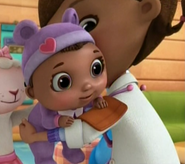 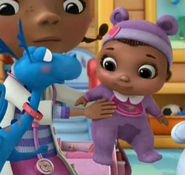 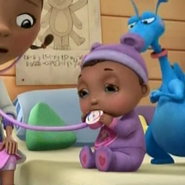