Dress-Up Daisy is a very beautiful doll (just like Barbie) who loves to dress-up in different clothes (hence her name) that once belonged to a babysitter named Katherine that babysat for Doc and Donny but Doc learned that Katherine never had time to play with her doll as she hands Dress-up Daisy to Doc.

She has a fashionable view on things.

Dress-up Daisy is a slender doll with brown hair tied into a ponytail and green eyes. She has multiple outfits from a fuchsia ballgown to a green dress. 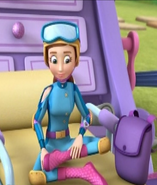 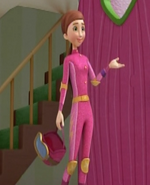 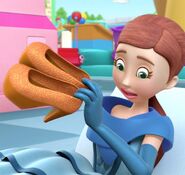 Add a photo to this gallery
Retrieved from "https://docmcstuffins.fandom.com/wiki/Dress-Up_Daisy?oldid=56906"
Community content is available under CC-BY-SA unless otherwise noted.