Start a Wiki
Grandma Lois McStuffins who had traveled the world but was mention in episodes like "The New Girl", "Leilani's Lu'au" and "Boxed In" where she sends gifts and toys to her grandchildren, Doc and Donny in the mail. She was mentioned several times on the show and made her on-screen debut in "Bringing Home Baby". 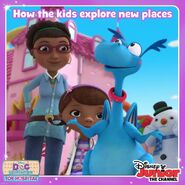 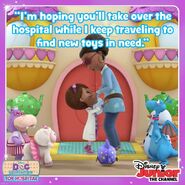 Add a photo to this gallery
Retrieved from "https://docmcstuffins.fandom.com/wiki/Lois_McStuffins?oldid=57461"
Community content is available under CC-BY-SA unless otherwise noted.